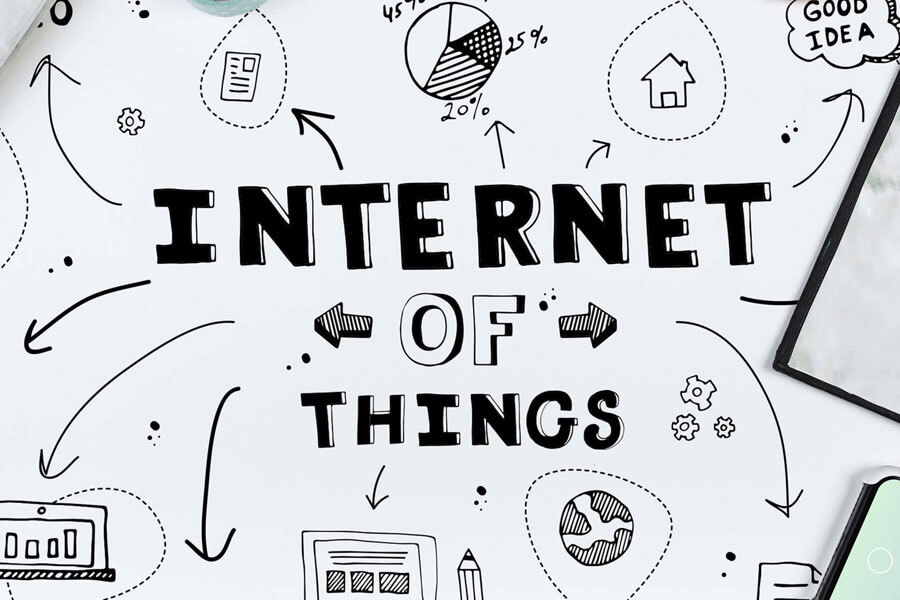 IoT technology, the so-called “Internet of things”, refers to the entire range of devices that operate connected over the internet. Today we find it on an industrial level as well as on everyday household appliances, and has become essential for the development of future technologies.

Since IoT is constantly evolving, being aware of what new developments are expected for it for the upcoming years is of utmost importance. Gartner, the research consulting agency, presented some of the coming trends that will revolutionize IoT as we know it.

These processes generate high amounts of data which are then used as feedback, and will determine how successful it will be in the long run.

It is expected that for the year 2025, about 75.44 billion devices worldwide will be connected to the internet, increasing our current total by at least five times in only ten years.

In order for IoT technology to successfully develop, not only it must be technically functional, but also socially and ethically acceptable; thus, socially acceptable strategies are required. It is important that every company seeking to use this technology is fully aware of aspects such as privacy, data protection, key algorithm, etc.

Wireless interaction among IoT devices is becoming increasingly common, which is why an important number of changes are expected such as user experience design modification (UX), new algorithms, new sensors, detectable contexts and social experiences, becoming a challenge for companies but also an opportunity to develop better solutions.

Integration of real time diagnostics and monitoring is a component that more and more manufacturers are including in their devices. It is expected that by the year 2030 the relevance of the data gathered in real time increases to 30% of the total digital data.

The increase of data being generated by IoT devices plus the one originated by companies has resulted in the so-called data economy, and understanding its rules is a key factor in the application of adequate policies for model development and differentiated proposals.

6. Innovation in silicon chips and sensors.

The majority of devices using IoT possess low consumption architectures. However, the instructions and tasks these must follow are inadequate for this kind of structure, so their work is limited. This is why it is expected that for the year 2023 new generations of chips are developed, maximizing performance for deep neural networks (DNN) that will then produce new architectures for Edge Computing, resulting in low cost battery powered devices able to incorporate features such as voice recognition, integrated analysis via sensors, lower energy consumption and improved overall device performance.

Every time a company implements IoT systems, attention is centered around how secure these can be, mainly because companies have no control over the origin of the new software or hardware being used. However, it is expected that for the year 2023 the attention shifts over to combined hardware and software implementation, creating more reliable IoT environments, with higher data security and protection.

Changes within the architecture for IoT is a well-known fact; currently centralized and cloud structures will become these newer edge architectures (Edge Computing). Changes will then continue toward a more dynamic structure called Intelligent Digital Mesh, which comprises a wide range of connected things (people, devices, content) and services. Edge Computing will provide us with more intelligent, flexible and responsive IoT devices.

From giving an order to configuring preferences on an IoT device, voice will be an important instrument in user-object relations. This is clearly the case with digital assistants such as Siri (Apple) or Alexa (Amazon), which interact with the user’s voice, something which will become increasingly common.

Every year comes with an increase in threats to the IoT market. Considering that the number of devices connected to the internet is well beyond the millions, web operators will have the obligation to improve their security and avoid being a target for cybercrime by delivering complementary solutions to the security provided by the companies.

The success of any organization can be measured by its accomplishments, but also by how it evolves along with its industry.

The IoT technology has transformed markets, companies and their environments thanks to the conversion of data into information and knowledge, changing the course of the future of technology. The design of devices that interconnect systems and machinery to the internet is becoming more and more necessary such is the case with our Adportas i2M PRO-1, an IoT gateway device designed for remote management, automating tasks and improving work in any industry.

The power of IoT comes as a strategic point for the improvement of any business by perfecting procedures and allowing more innovation, as well as reducing costs and increasing security, positioning itself as a strong ally for any company.